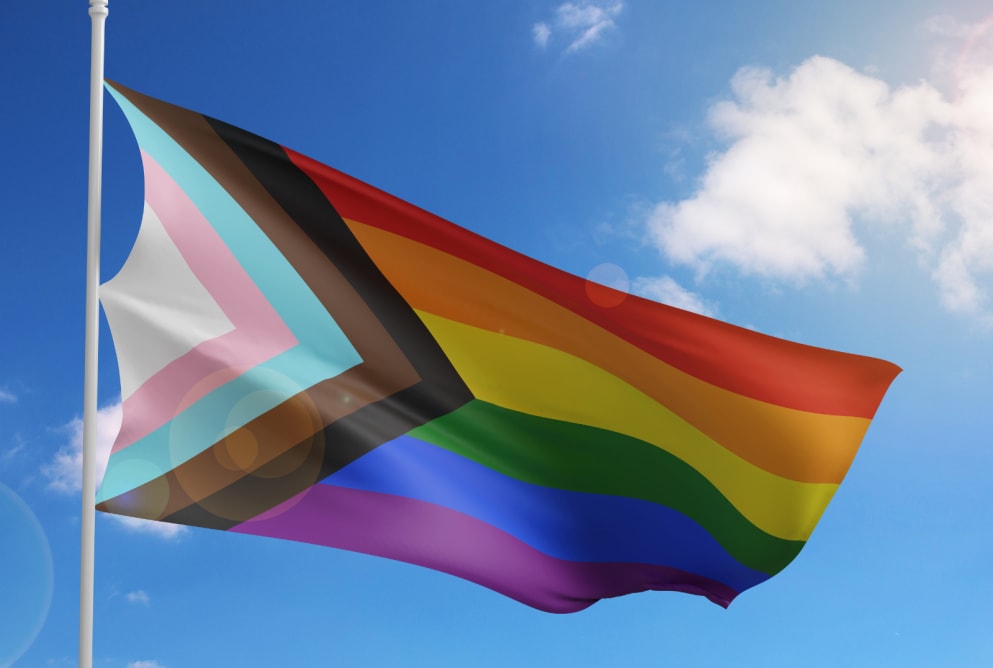 Homelessness is difficult in all circumstances, but LGBTQ+ youth in society face some very  unique challenges. A 2021 report by the Albert Kennedy Trust revealed that 77% of LGBTQ+ young people face homelessness after coming out or being outed.

When it comes to providing support, it’s clear that a ‘one size fits all’ approach simply isn’t appropriate, and sometimes the challenges faced by the LGBTQ+ youth aren’t always recognised - the consequences of that are devastating.

With this in mind, why are so many LGBTQ+ youths facing homelessness? And what can we do to support them?

Family rejection is the leading cause of homelessness amongst LGBTQ+ people. The AKT report found that only 13% of LGBTQ+ youth felt supported by family members while homeless, and distressingly, that figure falls to 8% if they’re transgender.

Whilst support is out there, some LGBTQ+ young people aren’t aware that it exists, and if they do, most avoid accessing it. And when support isn’t accessed, there’s simply no way to know the true scale of the problem. This results in many LGBTQ+ young people finding themselves part of the ‘hidden homeless’, falling through the cracks with no one to turn to.

Many young LGBTQ+ people have been the victims of trauma and abuse, with 1 in 6 of those surveyed disclosing that they’ve been forced into sexual acts by a family member before becoming homeless. In addition, LGBTQ+ young people facing homelessness are more likely to be at risk of exploitation and grooming, physical harm, sexual violence and issues with their mental health.

In order to avoid homlessness, many young LGBTQ+ people turn to unsafe methods, such as engaging in casual sex, in return for a place to stay. Almost one-fifth of LGBTQ+ young people have ‘survival sex’ to stay off the streets, and this is a choice nobody should have to make.

The barriers to support

The absence of family, and a lack of awareness or distrust of services mean that the importance of specific support cannot be understated.

The AKT report showed that of those surveyed, 59% of LGBTQ+ youth faced a form of discrimination whilst accessing services. Assumptions of heterosexuality and widespread misunderstanding of the needs of LGBTQ+ young people facing homelessness only serves to exacerbate the problem, and further prevent young people from accessing support.

Findings from the Youth Commission show that there are inconsistent levels of LGBTQ+ awareness training nationally. Most professionals stated that they received no training at all, and believed that they don’t have the confidence to correctly support LGBTQ+ young people who need support to access accommodation.

How do we make a change?

It’s clear that the current system isn’t working. So, what changes need to be made in order to help?

Well, inclusive housing and fully-trained professionals who can cater to the needs of vulnerable LGBTQ+ people are vital in ensuring they feel supported. With more education, and a fuller understanding of the unique challenges that LGBTQ+ young people face, hopefully things will start to change for the better.

Here at Simon on the Streets we hope to lead by example. We previously supported a transgender client who had suffered such awful abuse, including having excrement posted through their letterbox, that we supported them through a move to a different area. No one should have to face that kind of discriminatory behaviour.

There’s still a long way to go and a lot of improvements to be made, but with your help, we can continue to help those facing homelessness in our local communities, and raise awareness of the challenges they face on a daily basis.

Take a look at how you can get involved.