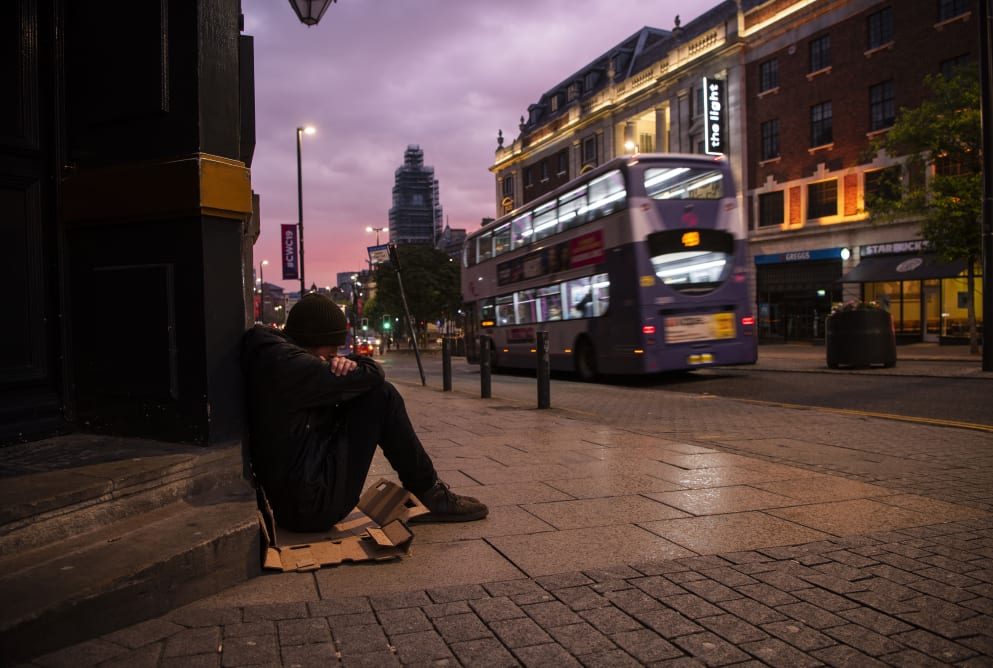 “Absolutely miles,” Jacob told us, when we asked him how much he walked each day.

We met Jacob (real name not used) when he was rough sleeping. He told us spent his days wandering around town. On his back, he carried his bag, filled with his only possessions. Jacob said he walked all day because it’s the only thing he could do.

Jacob followed a similar route each day, sticking to the main streets because it’s safer. His route always took him through his favourite park.

When we first met Jacob, we noticed that his self-esteem was low. He would walk with head down, avoiding eye contact with people. He liked to sit on the benches in his favourite park but didn’t like to get in the way of other people, so moved if he felt he was too near others, or people began staring at him.

Jacob would get sharp pains in his leg when he walked but was anxious about seeking medical support.

It’s taken our outreach worker a long time to build up a good relationship with Jacob. We are now supporting him to receive medical treatment. He is also working with us towards his goal of moving into accommodation of his own. We’ll be there for Jacob for as long as he needs us.