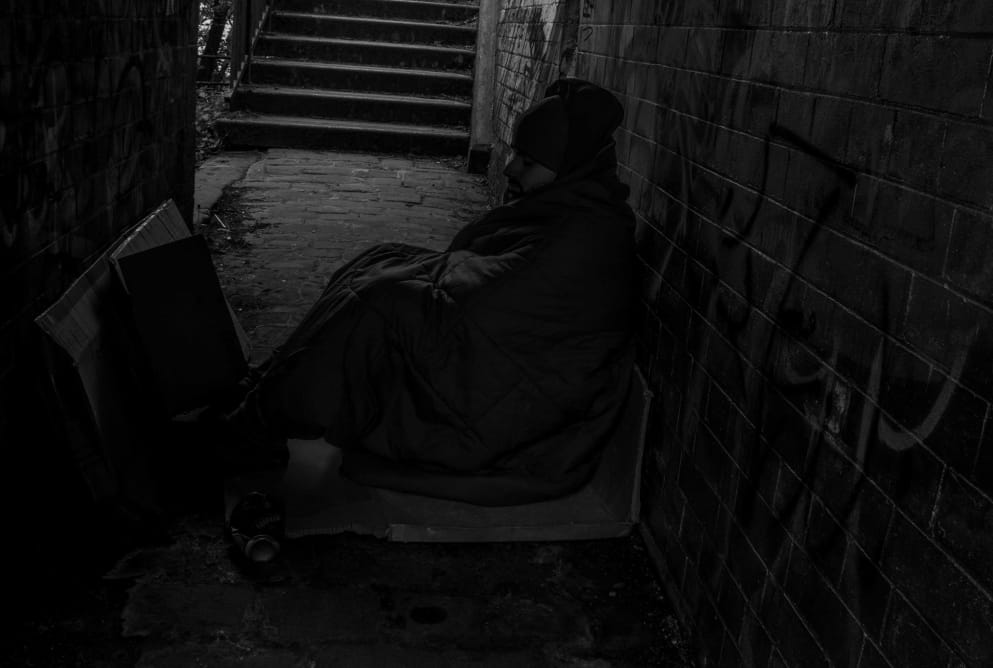 For EU Migrants with No Recourse to Public funds, it’s extremely difficult to access support. With nowhere else to turn, they are forced to turn to rogue landlords who often exploit them by renting out unsafe or substandard accommodation.

When we first met Al (real name not used) he was sleeping rough in woodland without a tent or even a sleeping bag.

He had been working up until recently, for a little bit of cash in exchange for his long hours of labour. His employer also provided his accommodation, moving Al between various squats. The squats were overcrowded and unclean. Al described staying in them as “shameful”.

Sometimes, up to 15 people would sleep in one small room. Many were heavy drinkers and it could get quite crowded. Al could never relax and was constantly on edge. Often, the washing facilities in the squats were broken. Al would used public places such as local libraries or cafes to wash, until the pandemic started. He had been living like this for years.

Al’s passport had been stolen and he was afraid to ask for support for fear of being deported. He had tried to get support with housing, but was told he was ineligible as he was classed as having no recourse to public funds.

We were able to help Al into temporary accommodation and begin to support him. We’ve been supporting Al for several months now. Al has a new passport and bank account. Al was also awarded full settled status. He is working again, but with a good employer, and is in supported accommodation.

Al is living independently and he is safe. This wouldn’t have been possible without you. Thank you so much for your support.